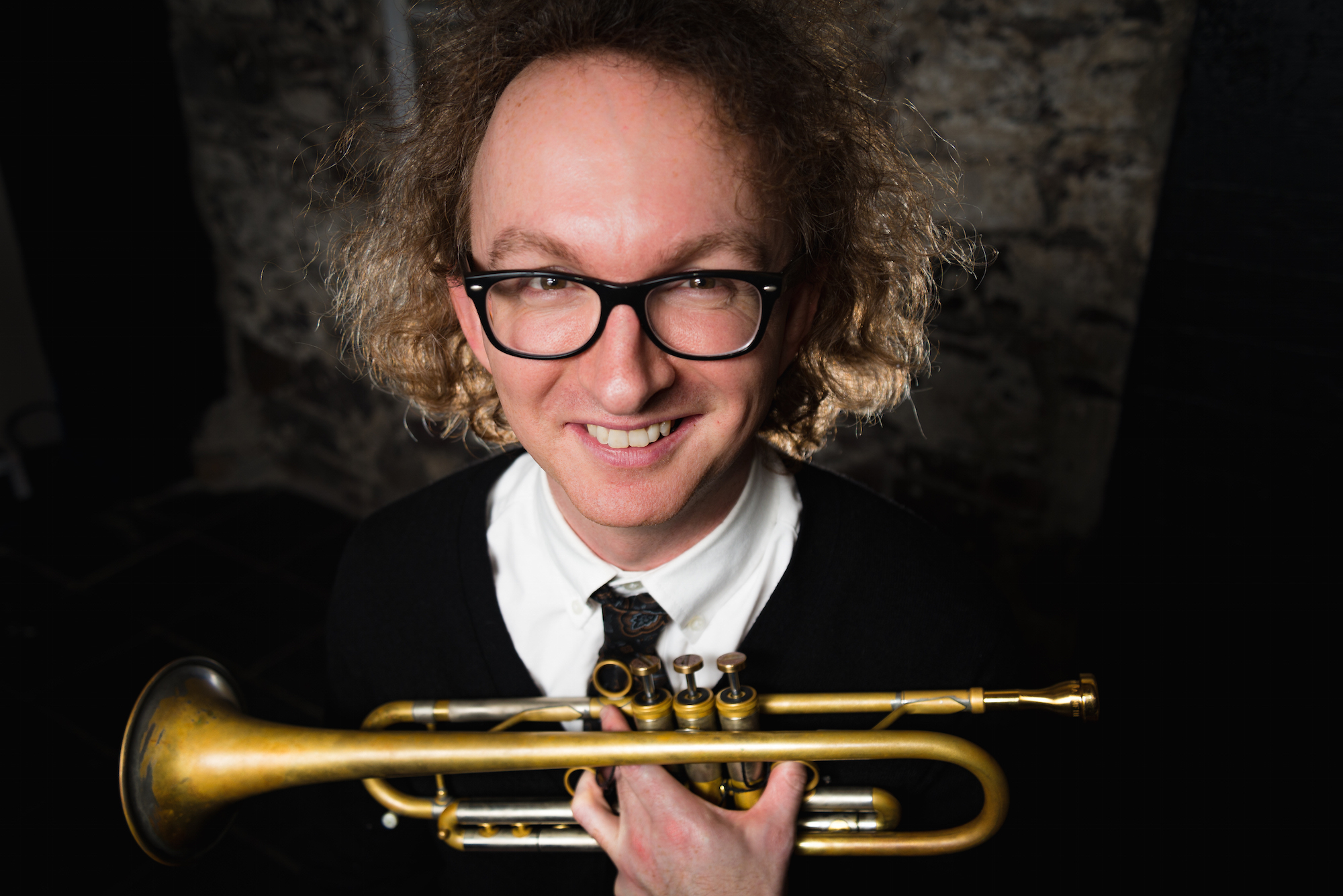 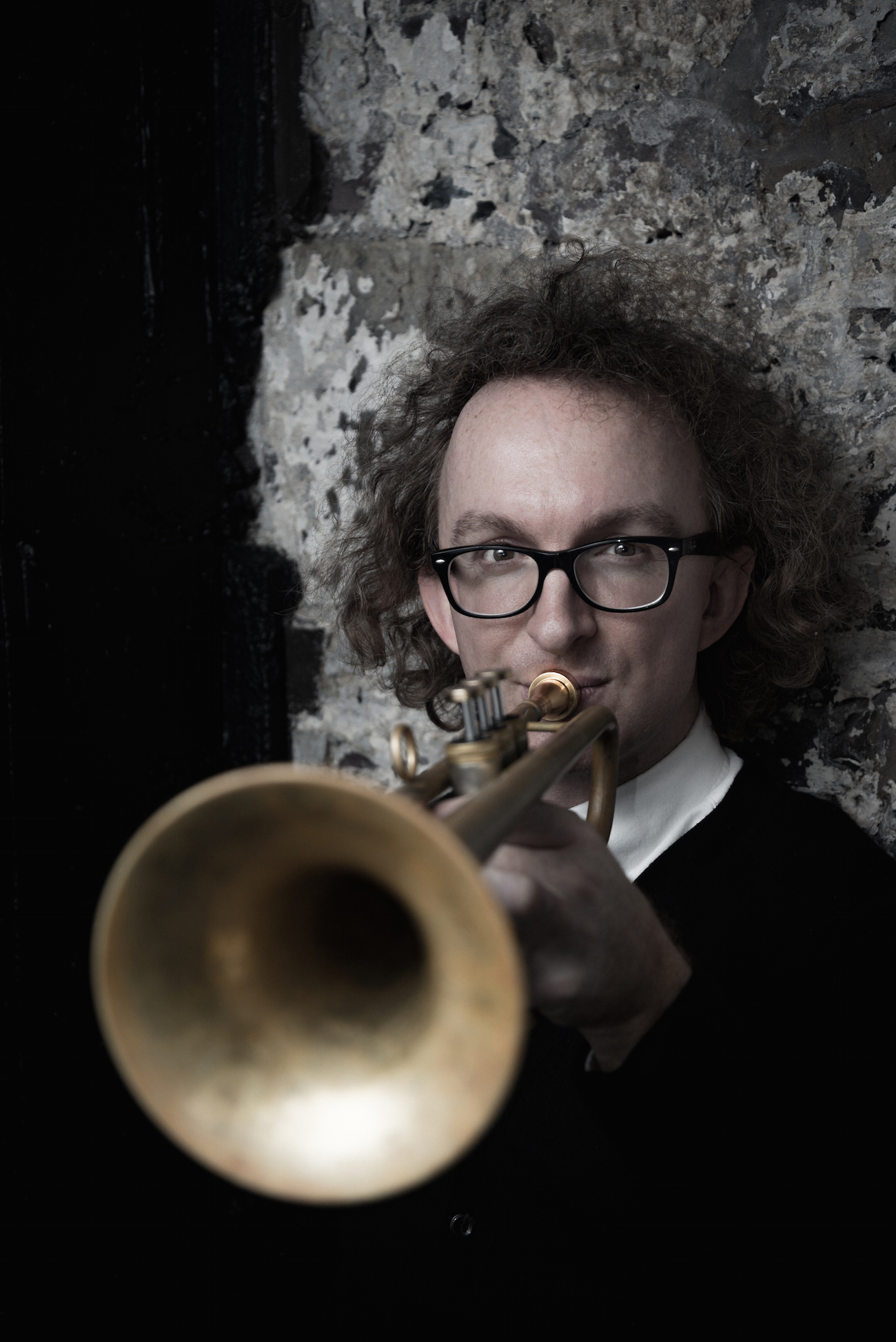 Dr. Patrick Boyle is a fearless sonic explorer driven by discovery. Curiosity is his compass. His frontiers are in performance (trumpet and guitar), improvisation, composition and education. Patrick is Associate Professor of Jazz Studies at the University of Victoria.

Originally from Newfoundland, Canada, he appears on over 50 commercial releases and 3 acclaimed solo albums. CBC Radio has called him a “trumpet personality” and “one of Canada’s top jazz musicians.” He has cultivated the rare ability to synthesize a range of influence – including jazz, rock, trad, Balkan, and South Indian music – which all come together into a rhythmically compelling musical voice. In 2009, Patrick performed at Carnegie Hall with tabla virtuoso Zakir Hussain.

A provocative and prolific composer, Patrick writes for theatre, film and the concert stage. Among his many commissions is the score for the theatrical adaptation of the Wayne Johnston novel Colony of Unrequited Dreams which premiered at the National Arts Centre in January 2017. Patrick’s music is central to two films for the National Film Board: 54 Hours (2014) and Song for Cuba (2014). The CBC commissioned Patrick to compose and record Well Enough Alone (2010), a multi-movement suite acknowledging the 60th anniversary of Newfoundland’s confederation with Canada.

Patrick balances a life in performance with dedicated scholarship and active community engagement. He holds a Doctorate of Musical Arts (2012) from the University of Toronto, a Masters Degree in Ethnomusicology (2002) from York University and a Bachelors Degree in Performance from Memorial University (2000). His innovative research investigates how improvisation, particularly collective improvisation in organizations, can help negotiate situations of tension and anxiety. Patrick has been awarded grants to study, record, and tour from the Canada Council, NL Arts Council, and FACTOR including work at the Banff Jazz Workshop and Hrvatska Matica Iseljenika (Croatian Folkloric Academy of Music) in Brac, Croatia. Patrick writes for Canadian Musician magazine. He is also a sought after clinician/adjudicator throughout North America.

Current projects include intensive work performing live music for silent film under the banner of Active-Vision; a intimate trio with pianist George McFetridge and bassist James Young; Deep in the Groove with organist Dr. Tony Genge; Carnatic explorations with Curtis Andrews; a book and digital archive of Newfoundland jazz history; an album of trad music for trumpet; and ever-evolving collaborations with Neil Conway, The Discounts, and Mark Bragg.

An in-demand sideman, his versatility is integral to several collaborations. Select performance and recording credits include Great Big Sea, Mickey Dolenz, Mike Murley, Hey! Rosetta, Fred Penner, and many more. Twice, MusicNL recognized Patrick as Side Musician of the Year. Patrick led the rap and roll group Trimmed Naval Beef and in his heart, he still does.

“Patrick Boyle is a ‘trumpet personality’, which isn’t an easy thing  to do. And what I mean is that Patrick’s trumpet voice is a character  that talks, feels, emotes and resonates with listeners. Like I said,  it’s not easy to make a trumpet do that… and that’s why Patrick is  so special.” Tim Tamashiro, Host, Tonic, CBC Radio 2

“Listening to Patrick, you hear much more than a guy who can play. You hear a musical personality at work. Each performance sounds like a conversation with the audience, one that renews itself every time he picks up the instrument.” Jamie Fitzpatrick, The Performance Hour, CBC Radio

“His music is meant to catch in your mind, set your foot tapping and allow you to spend some time away from the worries of the world. Hold Out takes on an intimacy that makes it sound fresh and unpretentious.” AllAboutJazz.com

“The cinematic feel of stretches is underscored, literally, by Patrick Boyle’s recorded jazz compositions (no jigs or reels here).” J. Kelly Nestruck, The Globe and Mail

“…an evocative, jazz-infused score by Patrick Boyle.” Ottawa Sun, reviewing the 2017 production of Colony of Unrequited Dreams at the National Arts Centre